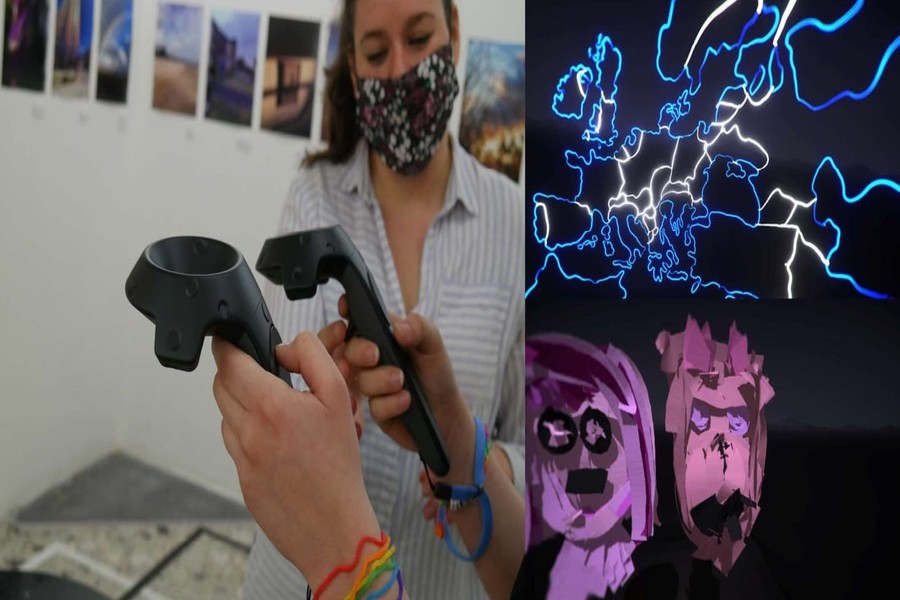 City exhibition showcases how youngsters want to Be Seen

A unique exhibition featuring virtual reality artwork created by young people to express their feelings about their mental health is being held in Swansea next month.

The event is the latest phase of a Swansea University project which explores how young people post, share and view images online to express their narratives and state of mind.

Researchers and artists work with young people from the community as well as those typically considered harder to reach -refugees and asylum seekers, trans young people, those in care and those with mental health problems or who self-harm.

The exhibition is being held at the Volcano Theatre in High Street as part of a project called Be Seen which brought young people together with professionals from arts, mental health, data science and medicine.

Professor Ann John, of the University’s Medical School, who leads the project and the  Adolescent Mental Health Data Platform, one of the Centres of Excellence based at Population Data Science, will be hosting the event with artist and co-lead Karen Ingham.

Professor John said: “The way young people communicate has rapidly evolved. They are keen to share their stories and now do this predominantly through imagery – photography and video – with image-based platforms replacing things like forums.

“Simultaneous rapid linkage of information from a wide range of sources has resulted in hope for a new era of research into young people’s mental health.

“Our vision is for young people’s voices to ‘be seen’ and influence the use of their data and the public conversation on their use of images to express mental health.

“This exhibition is the culmination of that vision, and we look forward to being able to share their work with a wider audience.”

During the project, workshops were held with people aged from 16 to 24 in Plymouth and Swansea which focused on mental health and wellbeing, the use of ‘big data’ and storytelling through visual imagery such as photos, film and virtual reality.

The idea was to help young people better understand issues relating to the use of mental health and self-harm imagery and look at the risks and benefits of using imagery for self-expression in the modern world.

Professor John said feedback from the exhibition and accompanying video will be used to steer future research and potentially guide policy related to sharing of self-harm imagery online.

She added: “We also hope to create an online toolkit, co-produced with young people, to support individuals’ use of images to tell their stories based on project findings as well as sharing our work with stakeholders.”

Adolescent Mental Health Data Platform is one of the 11 Centres of Excellence based in Population Data Science at Swansea University.