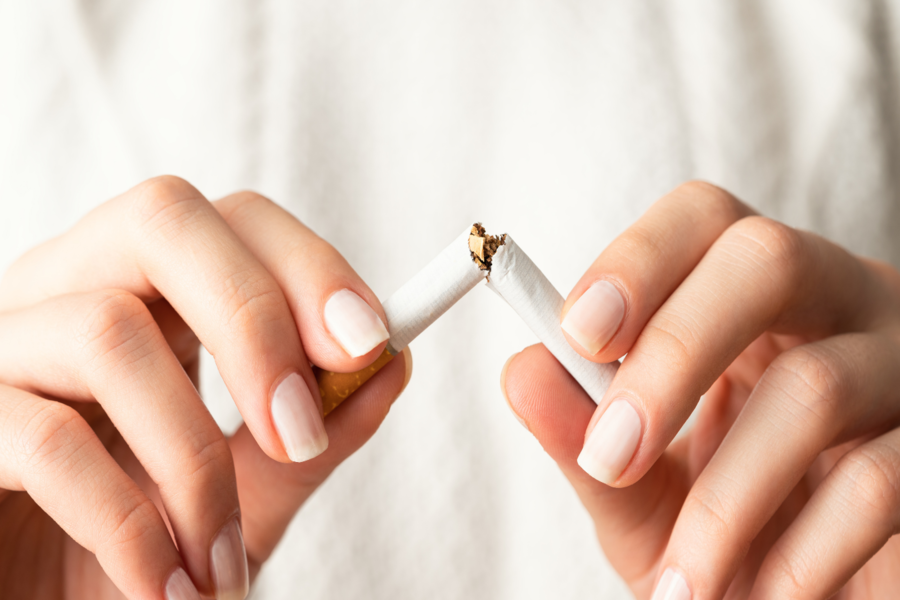 Never too late to quit smoking for people with Multiple Sclerosis

We all know that smoking is bad for a person’s health, and previous studies have shown that smoking can make MS symptoms worse. This research, which is the largest independent investigation into smoking and MS verifies this – smoking causes real disability progression and mood worsening for people with MS. However, it also shows that when people stop smoking, that worsening stops as well.

This research is timely as October is #stoptober which is a major annual event to encourage smokers to quit for 28 days, with the aim of stopping smoking permanently.

Published in the neuroscience journal, Brain, the research was carried out on data from the UK MS Register which is one of the Centres of Excellence of Population Data Science, Swansea University Medical School. It was also presented at this year’s virtual European MS Conference ‘ECTRIMS’ on the 14th of October.

Thanks to the dedicated contribution of people with MS who answer questionnaires on the MS Register, an online web portal that collects data about their MS and lifestyles, the study was able to look at the responses of 7983 people with MS.  Around 4000 people had never smoked, there were 1315 current and around 2815 former smokers. Researchers compared how the scores to the questionnaires changed over time, with people’s current or previous smoking status.

Dr Jeff Rodgers, who led the research, explained that the study confirms the rate of smoking in people with MS is on par with national rates. This suggests that people with MS may not be receiving sufficient encouragement and support to stop. When comparing the self-reported smoking rates and the data received from doctors, the rates reported were higher from the people filling in the questionnaires themselves. This could partly explain why people with MS might not be given advice about stopping smoking – because healthcare professionals are potentially unaware of their smoking status. In addition, this highlights the value of collecting data via self-reported methods.

Dr Jeff Rodgers, Lead Analyst on the MS Register Project said “We have been able to show that smoking causes real disability progression and mood worsening in people with MS. However, we also show that when people stop smoking, that worsening stops as well. This is a very important and hopeful message to people with MS”

Professor Richard Nicholas, Consultant Neurologist and Clinical Lead for the UK MS Register, says: “By using the UK MS Register we were able to speak to over 7000 people living with MS. This allowed us to gain invaluable insights into the impact of smoking on MS, and helped us determine that it is never too late for someone with the condition to quit.

Giving up smoking will have a positive effect on MS progression, but I do understand it can be incredibly challenging to stop. As MS specialists, we must continue to make sure our patients have all the facts about the damage smoking can cause and, crucially, where people can go for vital support to help them stop.”

For more information on smoking and MS visit: https://www.mssociety.org.uk/care-and-support/everyday-living/smoking-and-ms