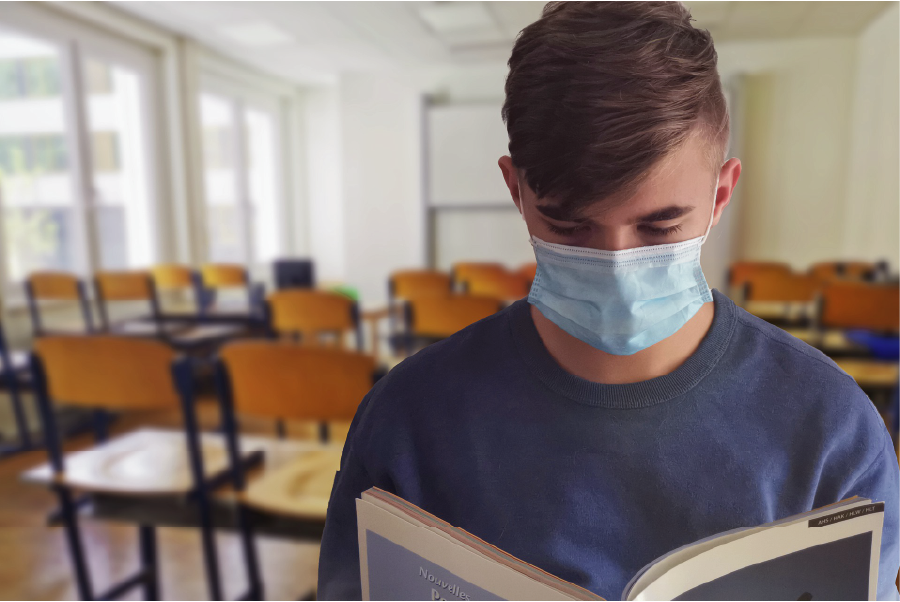 The first population-level study of COVID-19 transmission between pupils and staff in a school environment has shown that the opening of schools in Wales between September and December 2020 was not associated with an increased risk of staff testing positive. The study, which was carried out by the One Wales COVID-19 response team, found that only pupils—not staff—were at increased risk of testing positive, following cases appearing within their own year group.

Findings from the study have directly informed Welsh Government’s COVID-19 Technical Advisory Group (TAG) and the UK’s Scientific Advisory Group for Emergencies (SAGE). In Wales, this has informed decision making around school openings following prolonged school closures during the national lockdown that began at the end of 2020.

The study was led by researchers across teams in HDR UK, ADR Wales, SAIL Databank and Welsh Government, which have worked alongside BREATHE, ADP, Public Health Wales and Digital Health and Care Wales (DHCW) to form the One Wales cross-institutional partnership. The One Wales team works together to identify gaps in knowledge and streamline efforts to deliver vital intelligence to help policymakers understand and plan around the issue of COVID-19 in Wales and across the UK.

The research team used linked data anonymised at the individual and household level for the population of Wales, held within the SAIL Databank. Creating an e-cohort of school children (ages 4-17), school staff, and linked household members for both children and staff, the sample size of tests studied and the numbers of infections was substantial. The researchers assessed the likelihood of test positivity in pupils and staff in relation to other recent cases in linked pupils, staff or their households over the period from August to December 2020.

Findings from this study suggest that pupil to pupil COVID-19 transmission is likely, but the absolute effects on the wider school population and staff can be minimised through the implementation of strict mitigation measures. Whilst the study was conducted in Wales, it is highly likely that the findings can be generalised to the UK and many parts of the world in temperate climates where schools have around 30 pupils per class and are largely educated indoors.

Dr Daniel A. Thompson, one of the lead authors of the study said:

“National school closures are a topic of ongoing debate. Understanding the potential transmission pathways within the school setting is crucial to our understanding of how we balance this with concerns of the negative impacts and widening inequalities in children’s health, wellbeing and educational attainment, as well as the broader economic and societal impact.

“As schools reopen across the UK following prolonged periods of school closures, evidence is required that examines the role of the school setting in transmission between pupils and school staff.”

Full details of the study can be found here –https://bmjpaedsopen.bmj.com/content/5/1/e001049.abstract

A summary of the study’s findings:

This work uses data provided by patients and collected by the NHS as part of their care and support. The study authors wish to acknowledge all data providers who make anonymised data available for research and the collaborative partnership that enabled acquisition and access to the de-identified data, which led to this output.