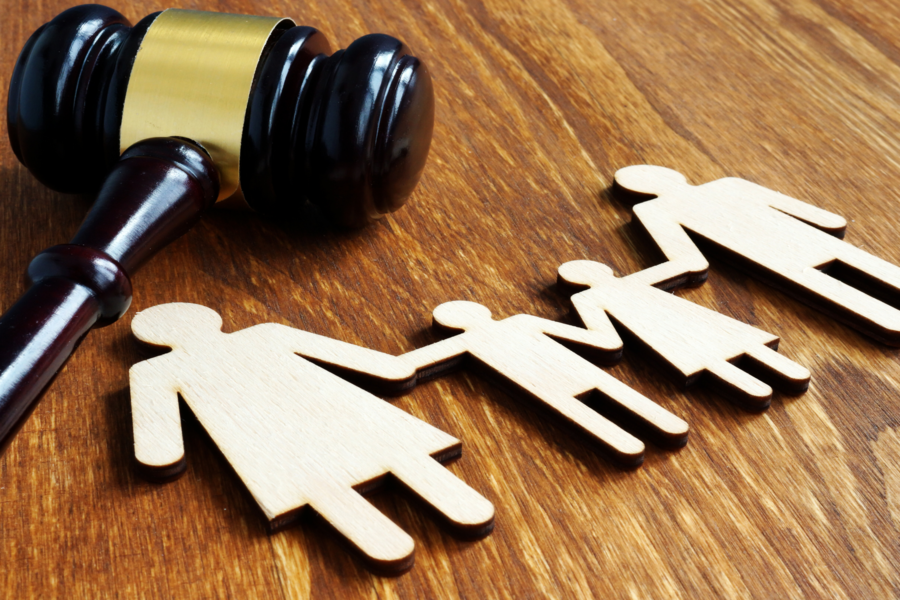 Parents in Wales who turn to the family courts to resolve private disputes over child arrangements following family separation are more likely to live in deprived areas, new research has shown, with the highest rates of court order applications from people living in Swansea and South West Wales.

The Uncovering private family law: Who’s coming to court in Wales? the report, published by the Nuffield Family Justice Observatory, reveals for the first time that many separating parents needing support from the family justice system are likely to be economically vulnerable. In 2018, 29 per cent of fathers and 33 per cent of mothers making a private law application in Wales lived in the most deprived areas.

When separated parents cannot agree where their child or children should live, or who they should have contact with, they can apply for a court order to settle the dispute through a family court. Tens of thousands of children are involved in these disputes each year. More than twice as many private applications are started in England and Wales each year than public law applications – where a local authority intervenes to protect a child at risk of harm – (54,930 private applications vs 18,393 public in 2019) yet little is known about the families who bring private cases to court.

The study uncovered a shift in the types of orders being applied for, indicating a rise in more difficult or contentious cases. Applications for a child arrangement order (CAOs) – which deal with where children live and who they have contact with, commonly referred to as custody and access – are by far the most common. However, applications for enforcement (to enforce a CAO), prohibited steps (to forbid a particular action, such as taking a child abroad without permission) and specific issue orders (to determine matters such as which school a child should attend, religious upbringing, or health matters) increased from 15 per cent of all parental applications in 2011 to 30 per cent in 2018.

Covering applications made to the family courts between 2007 and 2018, the study used population-level data in private family law linked to demographic data to provide the first demographic and socio-economic profile of the families involved in private cases in Wales. The first in a series of reports on families in private law proceedings, it was commissioned by the Nuffield Family Justice Observatory and undertaken by the Family Justice Data Partnership – a collaboration between Lancaster University and Swansea University – in conjunction with the University of Exeter.

“A significant proportion of children whose futures are being determined by the family courts are the subject of disputes between parents following family separation – yet we know even less about the children and families involved in these cases than we do about those involved in public law proceedings.

“The decisions made within the family justice system can affect children for their whole lives. There is an urgent need to find out more about the vulnerabilities and circumstances of families involved in private law proceedings, so that we can ensure their disputes are resolved quickly and fairly, or to enable us to explore ways to reduce the chance of disputes starting or escalating in the first place.”

“This study paints a picture of need in Wales, in the most deprived areas, and indicates that the economic vulnerability of private law parents has been previously overlooked. The impact of deprivation is well recognised in public law cases involving children – but the level of understanding in private law is very different, with little focus placed on socio-economic status as a relevant factor and possible trigger.

“It is therefore vital that policymakers begin to consider the role of deprivation – and its interaction with other factors, such as conflict, domestic abuse and child protection – as a factor in private law cases, and how it can be addressed. It is also important to further examine the impact of the 2013 legal aid reforms.”

“This report provides insight into the characteristics and circumstances of families in private law proceedings and is a wonderful example of how rarely used administrative data from a public agency can be used to shed new light on important areas of public service. The SAIL Databank, working in partnership with Lancaster University, and supported by the Nuffield Foundation, is committed to using data, safely and securely, to permit research that has never been possible before.  We hope this report and others that follow, will make a significant contribution to future policy and practice.”

“We welcome this report, which provides a valuable insight into the circumstances and experiences of children and their separated families who resort to the family court in Wales. These are children who are particularly vulnerable and it is critical that families who separate can access early support to enable them to make suitable care arrangements for their children. We look forward to continuing to work with the Nuffield Family Justice Observatory and learning from the publication of further reports that will help us better understand what will make a difference in improving outcomes for children and families.”

The study also showed that there has been a modest rise in private law applications to the family courts in Wales over the last decade – indicating a sustained need for support and assistance. In 2007, there were 2,440 private law applications, rising to 3,800 in 2013. Following the removal of legal aid entitlement in 2013 (except for certain cases involving domestic abuse), there was a significant fall in applications, but the number has now virtually recovered to previous levels, with 3,390 applications made in 2018. However, from 2013 onwards, there was a reduction in applications from fathers, younger people, and fathers living in the most deprived areas – consistent with the emergence of a ‘justice gap’ following the removal of legal aid.