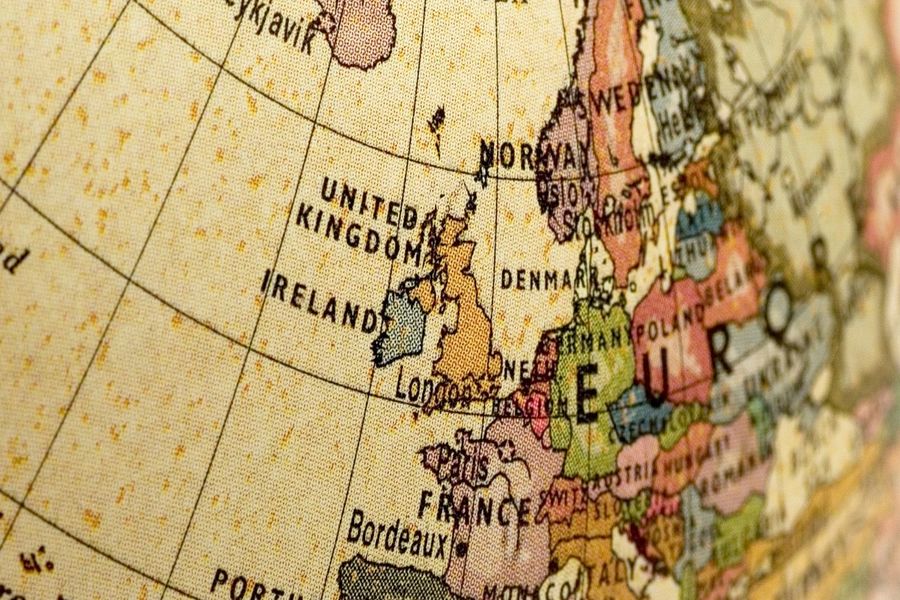 Trends in public and private family law cases in Wales over time – what can mapping tell us?

Private and public law cases are typically defined as in contrast—private law applications involve disputes between private individuals, whereas public law applications are brought where the dispute is between the state (or local authority) and family members. Yet both concern family disruption, both are underpinned by principles of the Children Act 1989, and both are dealt with in the single-family court, which operates a common administrative framework for all family court cases.

In this article, members of the Family Justice Data Partnership, Dr Linda Cusworth (Research Fellow in the Centre for Child and Family Justice Research at Lancaster University) and Alex Lee (Research Officer in Population Data Science at Swansea University) present a series of maps and consider rates of public and private law cases in Wales, both separately and combined, including trends over time and local authority variations.

The majority of private law applications are made by separated parents, unable to agree on arrangements for their children, with a range of orders available for different circumstances. The most common is a child arrangements order (CAO), which is to regulate arrangements relating to where a child should live and/or who they should see, with prohibited steps, specific issues and enforcement orders used to direct, forbid or enforce arrangements (for a fuller discussion of private law applications in Wales see recent work by the Family Justice Data Partnership team in  Cusworth et al 2020).

Public family law encompasses cases where local authorities intervene in family life, bringing proceedings where a child is identified as suffering, or likely to suffer, significant harm (as defined by the ‘threshold criteria’ within s31 of the Children Act 1989). At the close of proceedings, the court may make any, or none, of a series of orders. These include care orders (which confer parental responsibility on the local authority, with the child placed with unrelated foster carers, kinship foster carers, or at home with parents), supervision orders (which give the local authority a role to ‘advise, assist and befriend’ the child), special guardianship orders (which give a grandparent or other potential carer parental responsibility for a child who cannot live with their birth parents) or placement orders (which enable a child to be placed with prospective adopters and deals with the issue of parental consent to adoption).

The map below visualises the rates of family law cases per 5,000 family households (those containing dependent children) in Wales over a nine-year period between 2011 and 2019 (calendar years), with the slider enabling transition between the years.  Separate maps indicate rates of public law cases, rates of private law cases, and a combined rate. As shown in the key, on each map, lighter colours indicate lower rates, with a continuum through to the darkest colours indicating the highest rates. The analysis was undertaken within the Secure Anonymised Information Linkage (SAIL) Databank at Swansea University, using data from Cafcass Cymru.

Over the period, from 2011 to 2019, the picture is largely of consistency, with the highest rates each year generally observed in the same local authorities. The South Wales ‘Valley authorities’ of Merthyr Tydfil, Bridgend, Torfaen, Neath Port Talbot, and Newport show relatively consistent and high rates of family law cases. Additionally, Rhondda Cynon Taf shows consistently high rates until 2015, and Swansea has had high rates since 2015.

Albeit from different starting points, the overall trend in all cases is of increasing demand on the courts over the period, as colours darken over time, although the trends vary by local authority. Some areas (e.g. Blaenau Gwent and Merthyr Tydfil) show an increase in family law cases between 2011 and 2013, a dip in 2014 (which coincides with the removal of legal aid eligibility from most private law cases with the introduction of the Legal Aid, Sentencing and Punishment of Offenders Act, LASPO), then a steady increase to 2019; others show a gradual, relatively even increase across the period (e.g. Vale of Glamorgan), and some show little variation over time (e.g. Rhondda Cynon Taf).

The highest rates of private law cases tend to be seen in the same local authorities each year, including Merthyr Tydfil, Carmarthenshire, Newport, Rhondda Cynon Taf, and Neath Port Talbot.

Using the maps, and when we examine the data at the level of the individual local authorities, a number do show this same overall trend over the period, including Neath Port Talbot, Merthyr Tydfil, Gwynedd, and Blaenau Gwent. But others do not, either showing little impact of the removal of legal aid (e.g. Monmouthshire and Torfaen), or a generally stable (e.g. Flintshire) or inconsistent trend (e.g. Isle of Anglesey and Pembrokeshire).

What the maps do and don’t tell us

By considering rates and trends in both public and private family law, we have been able to identity that combined rates are much higher in some local authority areas than others. Public and private law cases are often counted, managed or analysed in isolation, yet it is only by connecting the two that we can fully appreciate both overall demand on the family courts and other services, and the overall level of need for support amongst families. Understanding the level of need for support in different parts of Wales is also important in terms of allocation of resources and service developments.

However, at the level of the individual local authority, the rates of public and private law cases, and the balance between the two, is not always as expected. Why in some local authorities, such as Torfaen, is ‘demand’ (or need) skewed to public law? Surely in communities where families are more at risk of family difficulties on account of area-level deprivation, this would deliver high rates of both public and private law applications? Previous research has indicated a clear link between deprivation and both public and private law applications (see Johnson et al 2020; Griffiths et al 2020; Cusworth et al 2020), yet here we see a more complicated picture when we ask questions using smaller geographies.

To answer such questions we also need to interrogate local practices, both those of family members and of professionals. Population-level statistics deliver a high-level picture of what is happening in the family justice system, but further insights require practice-focussed and family-focussed research. For example, how many public law cases are resolved through a private law application brought by a family member, for example a grandparent applying for a CAO as an alternative to the local authority bringing care proceedings? To what extent are local authorities making use of this route to permanence, and do practices vary by local authority or court area?

The Family Justice Data Partnership recently delivered an overview report of private law in Wales (Cusworth et al 2020), greatly aided by expert input from Professor Liz Trinder, Exeter University. In this report we described an overall dip in private law cases in 2014, coinciding with the removal of legal aid entitlement for most private law cases. However, from the current analysis we see that this dip is not consistently evident across local authorities—so again the picture is more complicated and requires that researchers and analysts bring a different lens to enquiry.

There are some caveats to the data presented here. Rates of family law cases per 5,000 family households do not account for the fact that some families may be subject to more than one case within a year, sometimes both public and private law. Cases may involve more than one child, so these figures do not give us an indication of the total number of children who are affected by the family justice system. As we have also stated before, the use of the ‘per family household’ measure has some limitations, as it includes all families, not just separated families. The pursuit of a more accurate denominator for private law research is long overdue, and may require the linking of survey and administrative data. Although the use of incidence rates takes into account the size of the underlying population, it does not calibrate for the geographical size or other characteristics of local areas. The rates used here also include all public law and all private law cases, and there is a need to differentiate this further, focusing on specific or the most common application types, such as child arrangements, care and supervision.

The use of maps to visualise rates of family law cases, together with trends over time and geography, has enabled new insights into family law need and demand, but raises further questions about the drivers and variations, and the impact on children, families, the courts, and other services.

If you have any questions or comments, please contact: