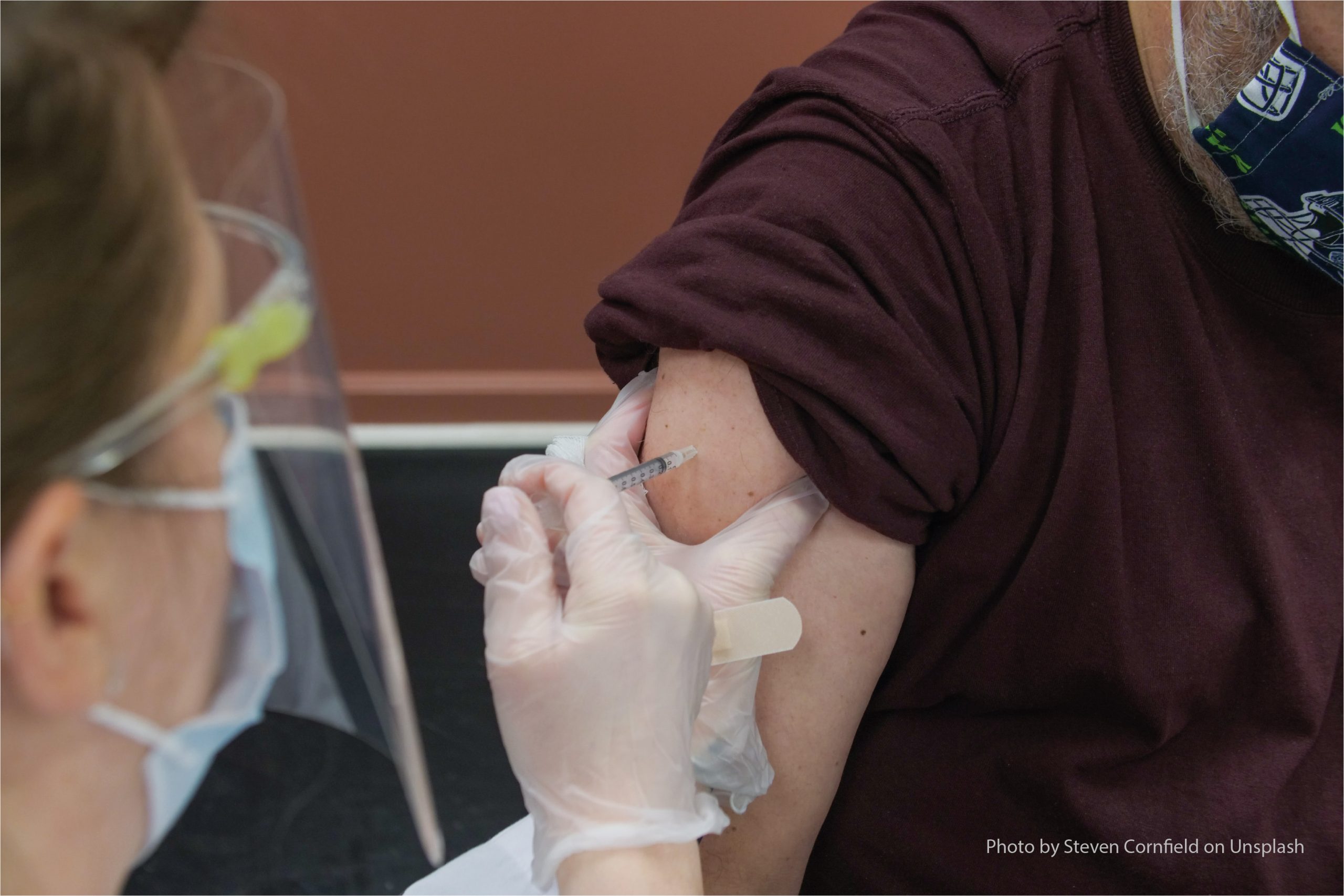 New data shows that people with Multiple Sclerosis (MS) in Wales have been vaccinated with both doses more quickly than the general population.

MS is a Chronic Neurological disease and affects an estimated 5,600 people in Wales, 130,000 people in the UK.

Researchers from the UK MS Register, based in Swansea University Medical School looked at data held in the SAIL Databank and found that the rates of vaccination were higher in people with MS compared with rates in the general population in Wales.

“People living with MS were on the vulnerable list for vaccinations which meant they should have been offered the vaccination as a priority. Back in January however, the UK MS Register published concerns over vaccine confusion as 3 in 4 people with living MS said that they needed advice.*

“The SAIL Databank findings are encouraging and show how effective the Welsh NHS has been with the Vaccination Programme.

“The findings are also testament to how hard our MS clinicians have been working to encourage take up of the Vaccine with their patients and allay any fears that they’ve had.

“In addition to contacting patients individually with robust information, consultants from Swansea Bay, Cardiff and Vale and Aneurin Bevan Health Boards have spoken at MS Society online webinars on the Vaccines and MS. It’s been a real team effort which has made a big difference”.

Sharon Hier from Pontarddulais was diagnosed with Relapsing Remitting MS in 2014, she commented;

“Initially I was against having the vaccine but I had a letter from the consultants at Morriston Hospital and it was very comprehensive in the details. This answered every question that I had and more. It gave me the confidence to go ahead and have the vaccine”.

The Minister for Health and Social Services said:

“It is fantastic to see such high uptake of the vaccine as we work together to keep Wales safe and stop the spread of the virus.  The Welsh vaccination programme is amongst the best in the world and we are committed to removing barriers to ensure no one is left behind.  I am extremely thankful to the Welsh public who have come forward for their vaccination and all our NHS staff who have worked tirelessly to ensure everyone in a priority group received both doses as quickly and as safely as possible.”